In view of the crisis situation, we are making the Gradido book and audiobook available for free download in all available languages. Just download it and gladly distribute it at home and abroad - thanks a thousand! 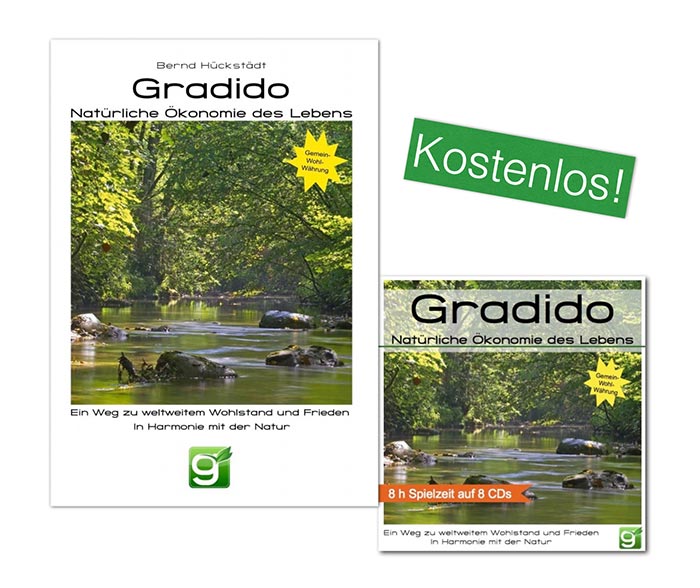 ISBN 9781471703744 (Ingram)
Apparently the book is currently out of print at Ingram, so bookstores can't get it at the moment. We are sorry about this.

I consider this book and the idea of a Gradido developed in it a great gift. Especially in times of aggravating crises of the prevailing monetary system, fundamental reorientation is needed. The concept of Gradido impressively combines aspects of alternative monetary systems, unconditional basic income and economic activities in harmony with man and nature. It also contains concrete proposals for a gradual transition to a sustainable system that allows sufficient time for the necessary change in consciousness. 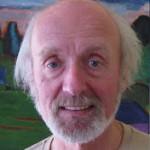 Prof. Dr. em. Bernd Senfwww.berndsenf.de
One word sums up my response to this remarkable book - gratitude. This book is truly groundbreaking in its approach to expanding our vision of what is possible when we shift our own commitment to life. This is a book that will change your life; it is a gift to us all. I urge you to enjoy this gift and then pass it on to ten friends - you will be passing on a seed that will grow very quickly. And this is the fastest way we can create abundance for all 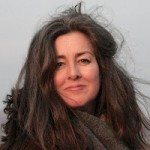 Polly HigginsFounder of Eradicating Ecocide
If humanity is to move in the "right" direction at the next crossroads, we need solutions in a new paradigm. A careful analysis of nature shows the way to a new paradigm that is easy to understand and apply. And the best thing is: it is already "right" there and ready for use in the form of the Natural Economy of Life and "Gradido". The Natural Economy of Life shows respect for our planet earth, nature and all of creation - the "right" way into our future, so let's go! 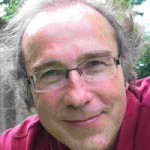 Sesto Giovanni CastagnoliFounding President of the WSF World Spirit Forum
Gradido is an imaginative and generous work that offers simple tools and methods to solve many of the human, spiritual and resource-related conflicts of our time. When all systems collapse or fall apart, the only possible breakthrough is to rebuild the whole building from another more holistic and less fragmented perspective. This requires a complete "metanoia" or reorientation of the spiritual and ethical values of each individual and community. Gradido is the solution that learns from nature - and for which economists have unconsciously waited. 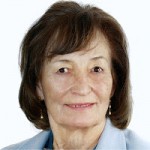 Diana SchumacherCo-founder of the Gandhi Foundation UK
There is no doubt that this book brings a whole new inspiration to the peace workers of the 21st century. The idea of the Natural Economy of Life, which is introduced here by Bernd Hückstädt, can be convincingly understood as an effective and non-violent alternative to capitalism. The Natural Economy of Life, if effectively accepted and applied, contributes significantly to the de-corruption of the current money-driven patterns of thought. It will curb the structural violence generated by modern socio-political and economic systems, prevent many wars and man-made disasters, and lead us to a just, caring and peaceful world where everyone has their place. 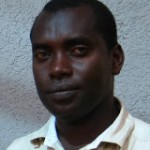 Jean de Dieu BasaboseShalom Educating for Peace,Kigali, Rwanda
This time is of crucial importance. Our individualism has brought us to the brink of destruction. We know there are no jobs, but money is seen as a criterion for a successful life. The environment is crying out to us that we should finally respect it and change our behaviour. The next generation is making every effort to change the course of events. "Gradido - Natural Economy of Life: a path to worldwide prosperity and peace in harmony with nature" explains the HOW and the beauty of this potential for a life full of integrated harmony. Give life a chance! 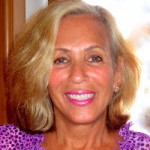