"Fulfillment is all you find,
When you can put yourself at the service of others."
- Wendelin Niederberger

Imagine you meet a person who does something good for you. You say "Oh, I think that's great, I'd like to say thank you with Gradido. Do you already know Gradido? Look here, you can redeem it right now with your cell phone."

Your counterpart holds his or her cell phone over yours and has the Gradido amount credited to his or her account. At the same time, he or she can quickly register an account, and you talk about how enthusiastic you are about Gradido. The whole thing takes only a few minutes. You already have another person in your Gradido network, and we are all one step closer to the realization of our dream: prosperity and peace for the whole human family in harmony with nature!

"It can't be that simple," you may be thinking now, "if it were that simple, others would have already invented such an efficient tool for positively shaping the future together."

Most often, it is self-made doubts and limitations that stand in our way. We ask ourselves, "Who am I to imagine that I can change the world in a positive way?" On the other hand, if not us, then who is going to do it? Who are we going to wait for?

It was not always that simple. For over 20 years, we at Gradido Academy have been working hard to make it as easy as possible for you and everyone else. Again and again we asked ourselves, "How can we make it even easier to use Gradido and get others excited about Gradido?" With the new version of the Gradido account, our developers have once again succeeded in doing something wonderful: 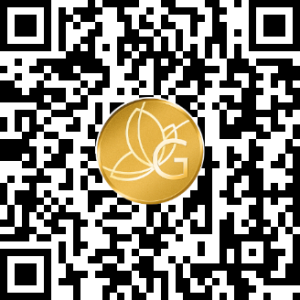 In addition to bank transfer and Gradido link, you can now also send Gradidos with QR code. Directly in personal contact from person to person you transfer the vision of a new life money system, which was developed according to the billion years proven success concepts of nature.

Create link and QR code - this is how it works

Since the QR code is simply a link that can be read by a (cell phone) camera, the process is the same as with the Gradido link:

You can either copy the link and paste it into a message or display it as a QR code and let the other person redeem it.

With Gradido link and QR code you can send Gradidos to anyone. You don't even need to know the Gradido address of the recipient. Yes, it even works if he or she doesn't have a Gradido account yet.

Many use cases become possible, e.g.

The use of Gradido is free of charge and without risk. This makes it possible for all people - including those who have been financially poor until now - to join in and create global prosperity and peace in harmony with nature.

It has never been so easy for you to find your fulfillment by putting yourself at the service of the entire human family with a few clicks and contributing to the spread of the new peaceful money system - a life money modeled on nature, which is based on gratitude and appreciation and provides the children of the earth with a future worth living. With the Gradido link and QR code, you will receive your tools on a silver platter, so to speak.

Every day a good work

Allow yourself the fulfilling joy of thanking someone with Gradido every day!

You now have no excuse, because what will you say to young people later? "I was too lazy for a few clicks on the smartphone"???

By putting a smile on someone's face every day with your thanks and appreciation, you are serving the triple good:

Together, we are creating a future worth living for all.

A thousand thanks because you are with us, and very dear May greetings